Calling all Harry Potter Fans …… this is the place for all HP fans. The Warner Bros Studio London where the Harry Potter movies were filmed and where the magic came alive. My biggest tip is to book your ticket months in advance. 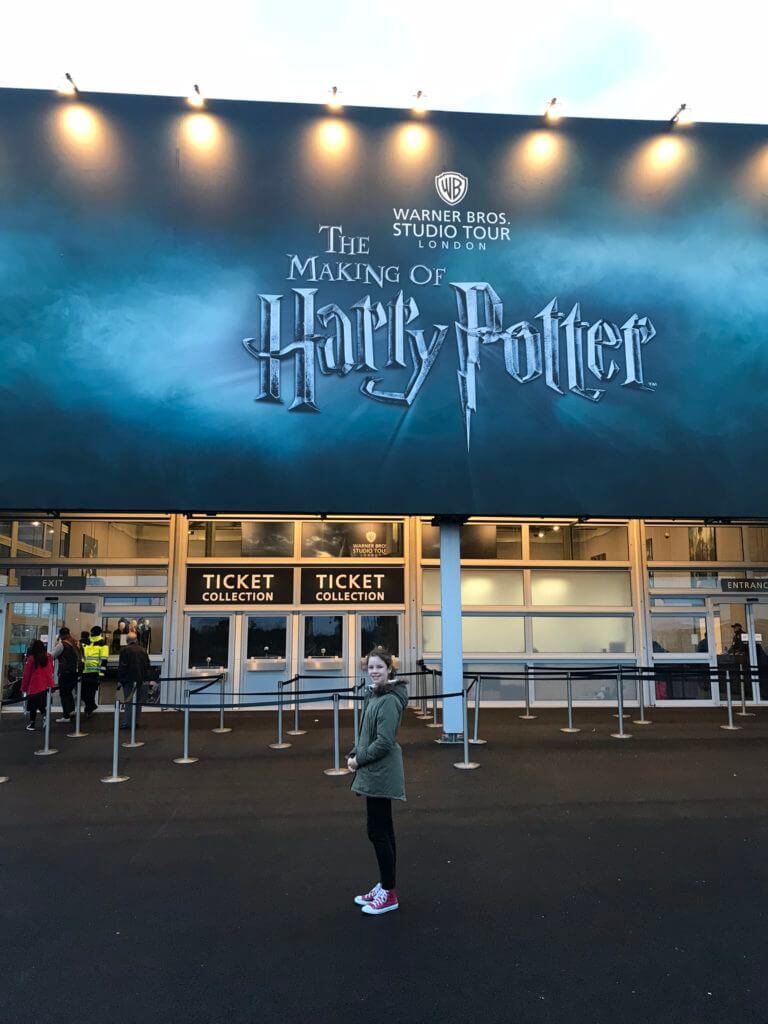 It is imperative that you book your tickets months before you plan to visit. It is not possible to arrive at the studios and purchase a ticket as they will sell out and then there are no more tickets issued at the venue. We booked directly through the studio https://www.wbstudiotour.co.uk/home

We booked for a later time slot (as there was nothing else left) which was perfect as we could keep exploring London then spent the afternoon at the studios. Allow at least 4-5 hours for travelling from London and time spent at the studios.

We travelled from Euston Station London to Watford Junction Station. This journey is 20mins if you catch the faster train that doesn’t stop at many stations. Waiting at Watford Junction is the Harry Potter Studios specialty bus. This bus runs every 15mins and can only be boarded if you have a ticket for the WBStudios, This bus costs £2.50 return per person (this is the beginning of putting your hand in your wallet for any extras). The cost of travelling was £22 for one adult and one child (under15) return from London. We allowed an hour for travelling but it did take less.

Once the bus drops you at the entrance you will need to line up for your tickets, if you chose to collect at the studios. We had arrived an hour before our allotted time slot, which we had planned to have a bite to eat at the large café. Luckily I checked and the time slot you are given is very flexible and were could start the tour immediately which was fantastic. There is plenty of bathrooms before the tour begins as well as a Starbucks and a large café. 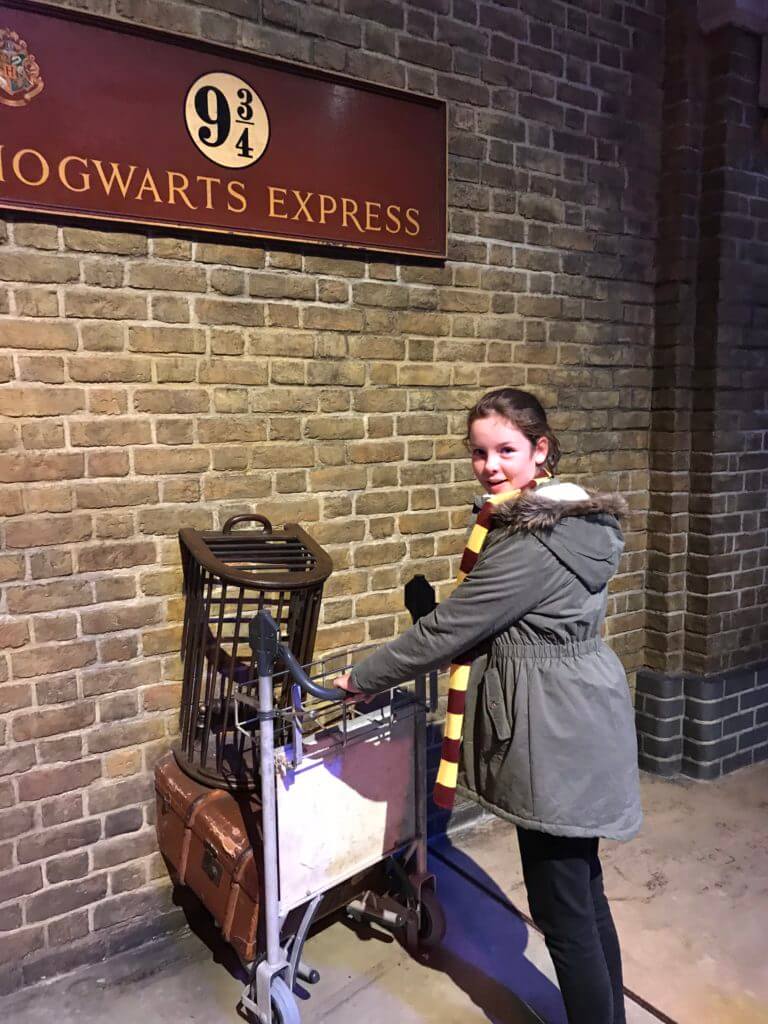 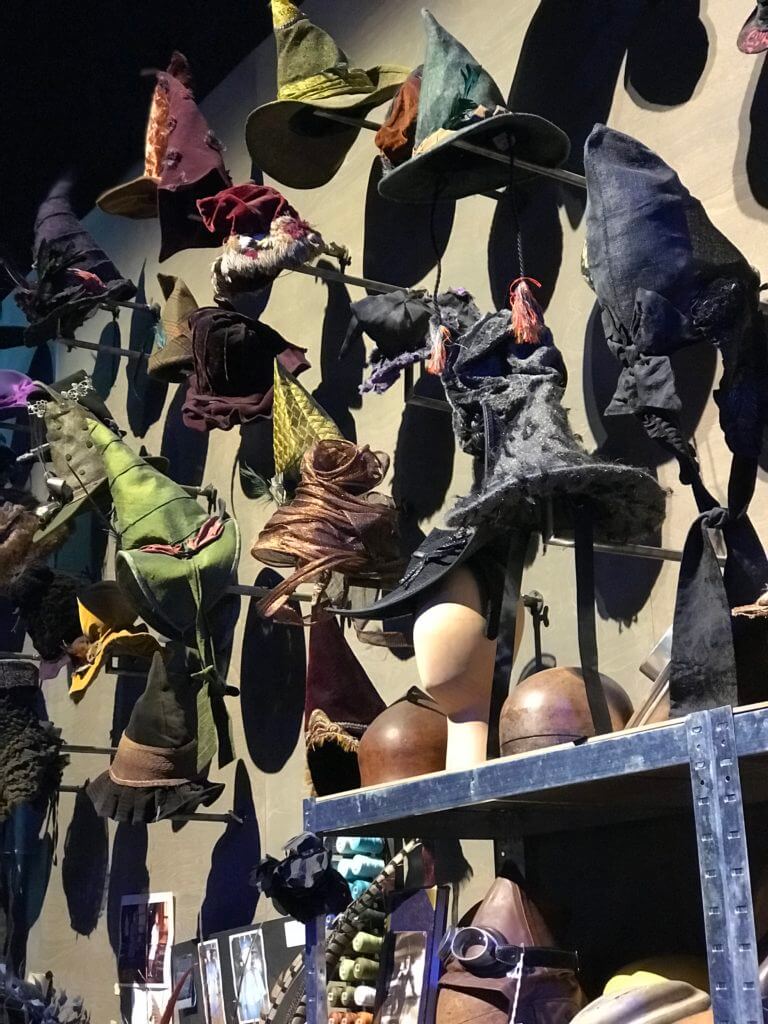 The beginning of the tour allows a large group at a time in to watch a short movie about the studio and  an interview with the actors, is shown. You are then led as a group into an area that leads to the great hall from the movie. The great dining hall is a massive set from the movie and includes many costumes. There isn’t much time in this area before you are moved to the first studio set. From here on in, you are on your own to explore the rest of the studios. There is the opportunity to spend £5 per head set for a self-guided tour. We didn’t choose to have the headset (not many people chose to either) instead each article on display is written about. We spent 2 hours in this set where there are some interactive displays as well as wand training and green-screen experiences riding a broomstick. Once you have finished in this studio there is the Hogwarts Express train to walk through as well as Platform 9 and 3/4 where there are 2 luggage carts to have a photo with. After this backlot you have made it to the half way area. Here there is a large café as well as the Butter Beer counter and Butter Beer icecream. If you buy one thing make it Butter Beer Icecream. 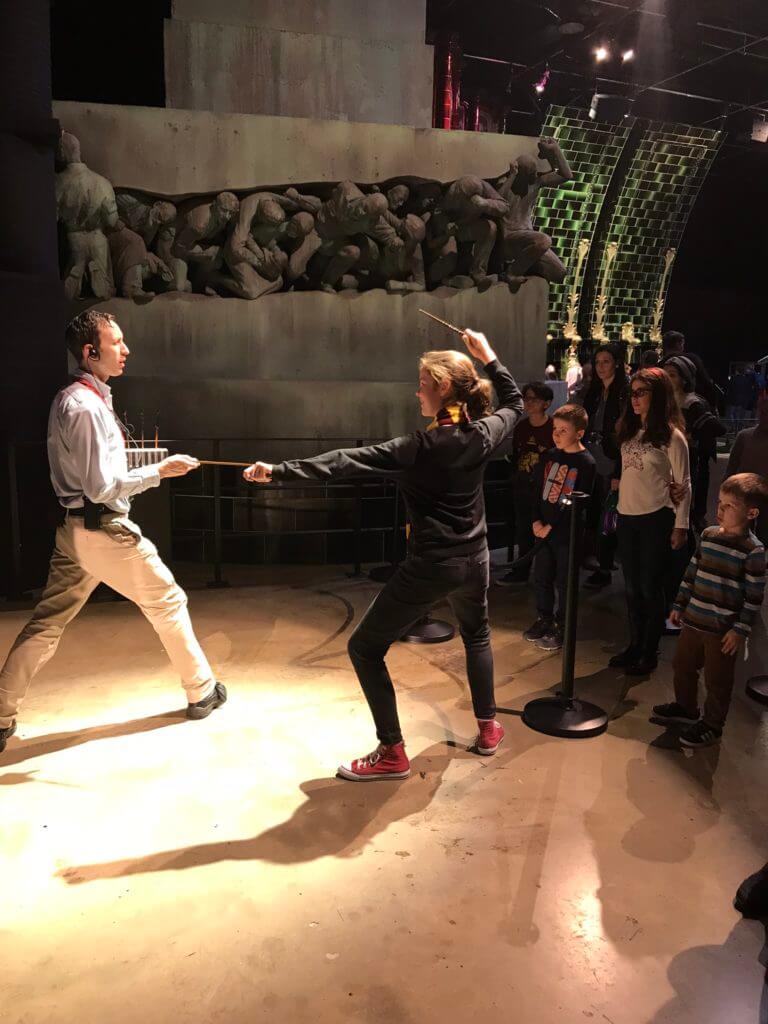 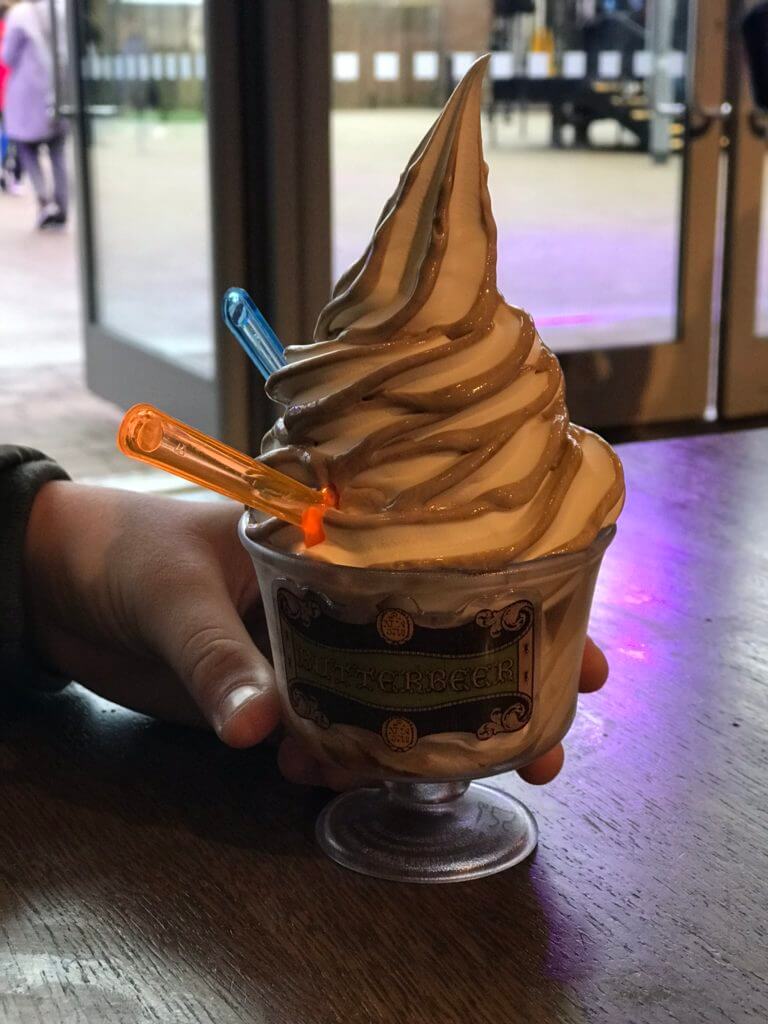 After the Backlot Studio- prop area, you then head outside to look at the Privet Drive House where you can see the room with all the letters coming from the fireplace, the NightBus and some other large props. 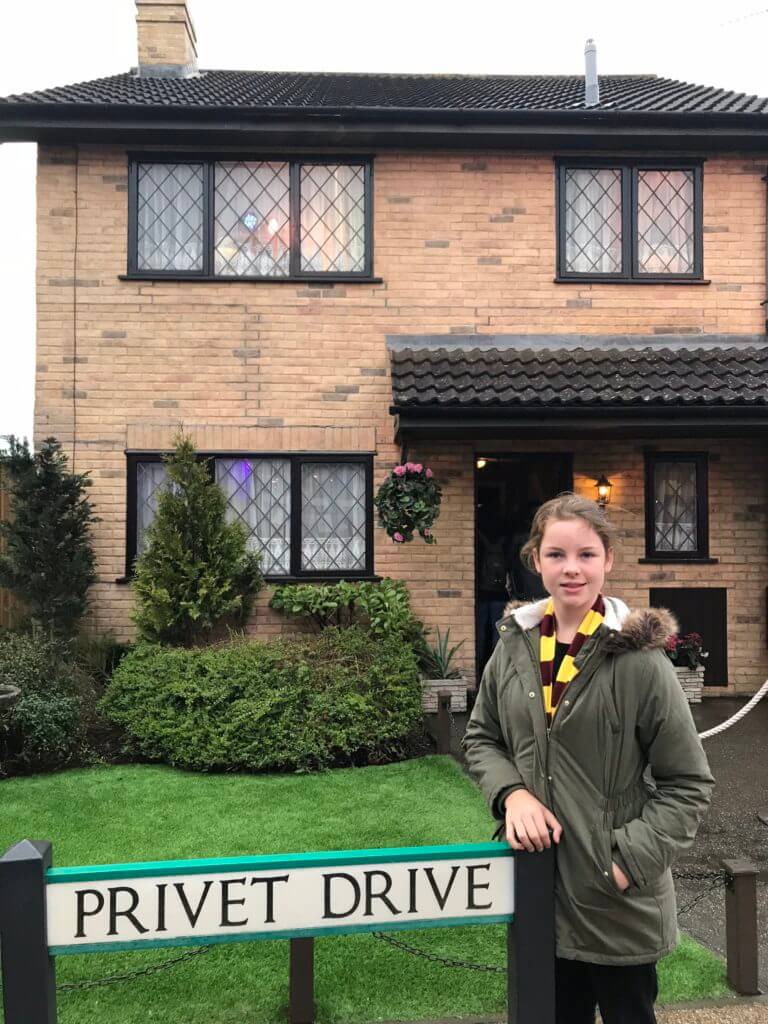 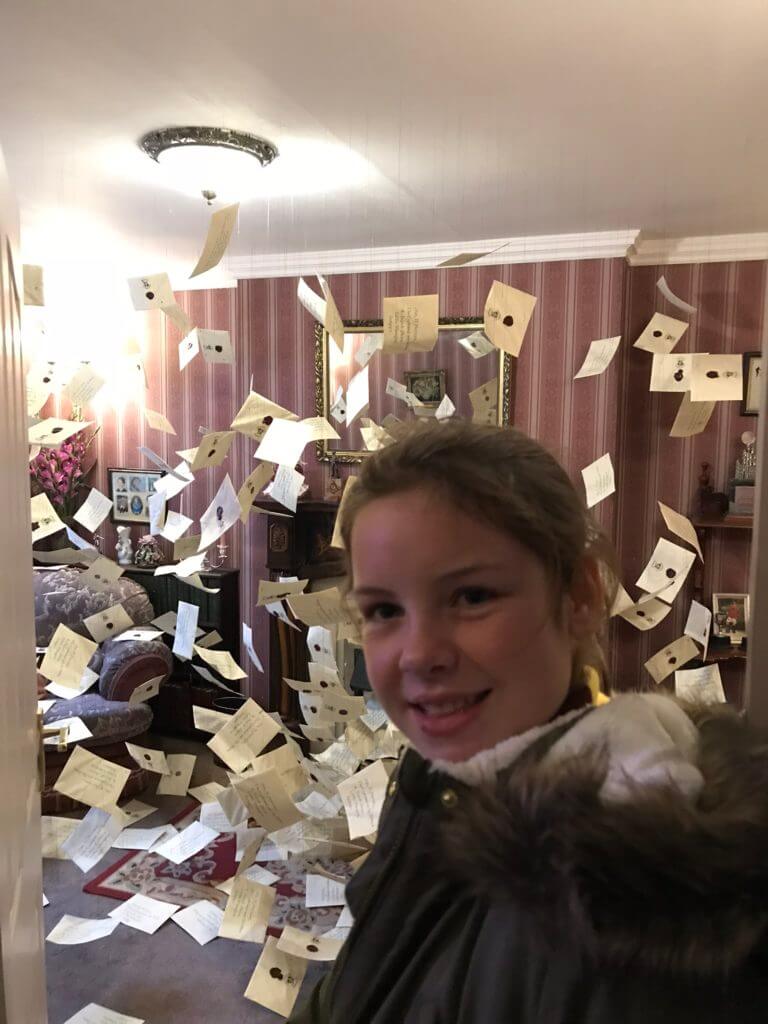 The next area is the Special Effects Studio where the tricks of the movie are shown and how they made many of the special effects. We spent the next hour in this studio. There is a lot of reading and looking at the finite details that are involved in the movie making. We loved the scale models of the sets and how they made some of the special effects. 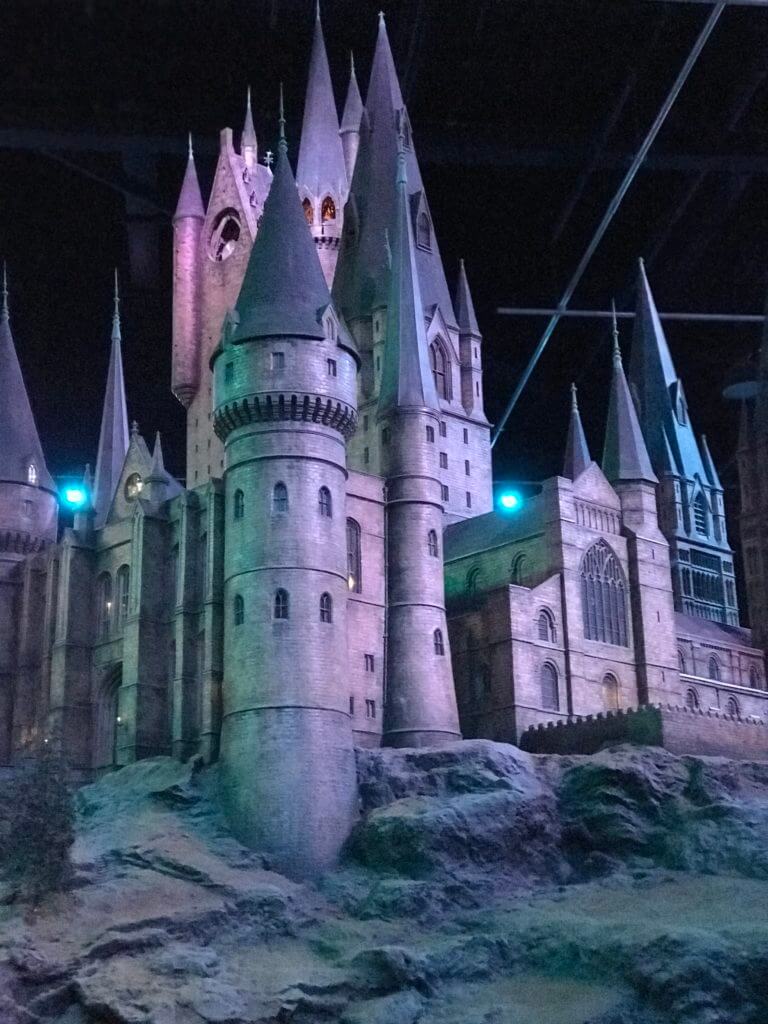 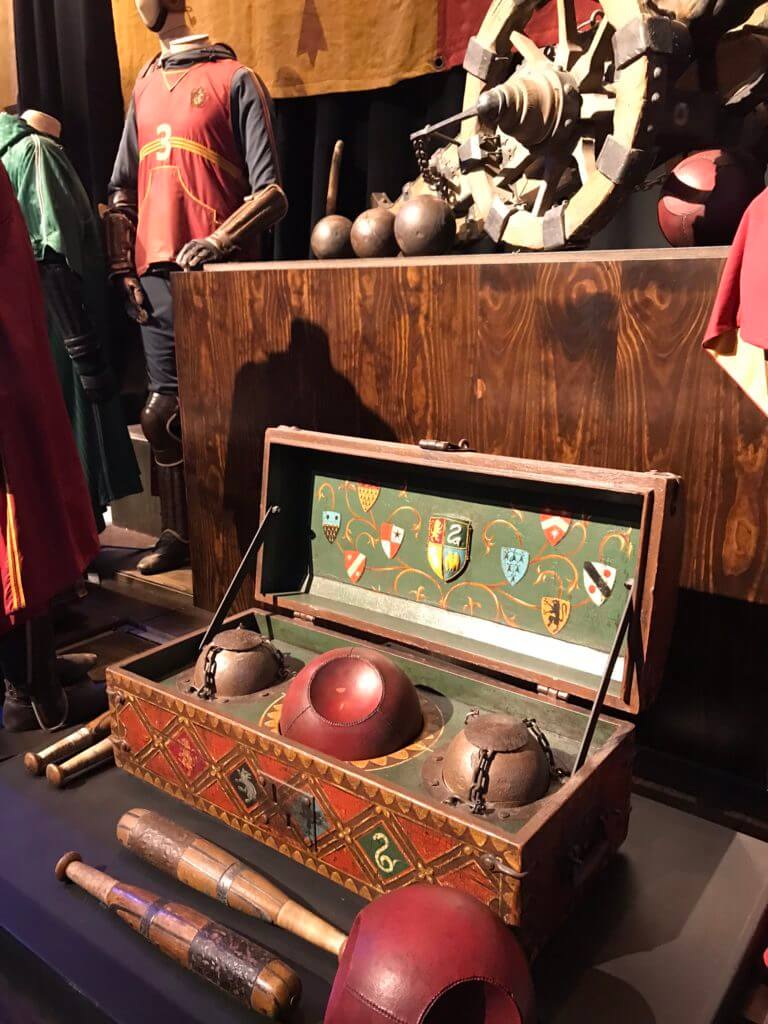 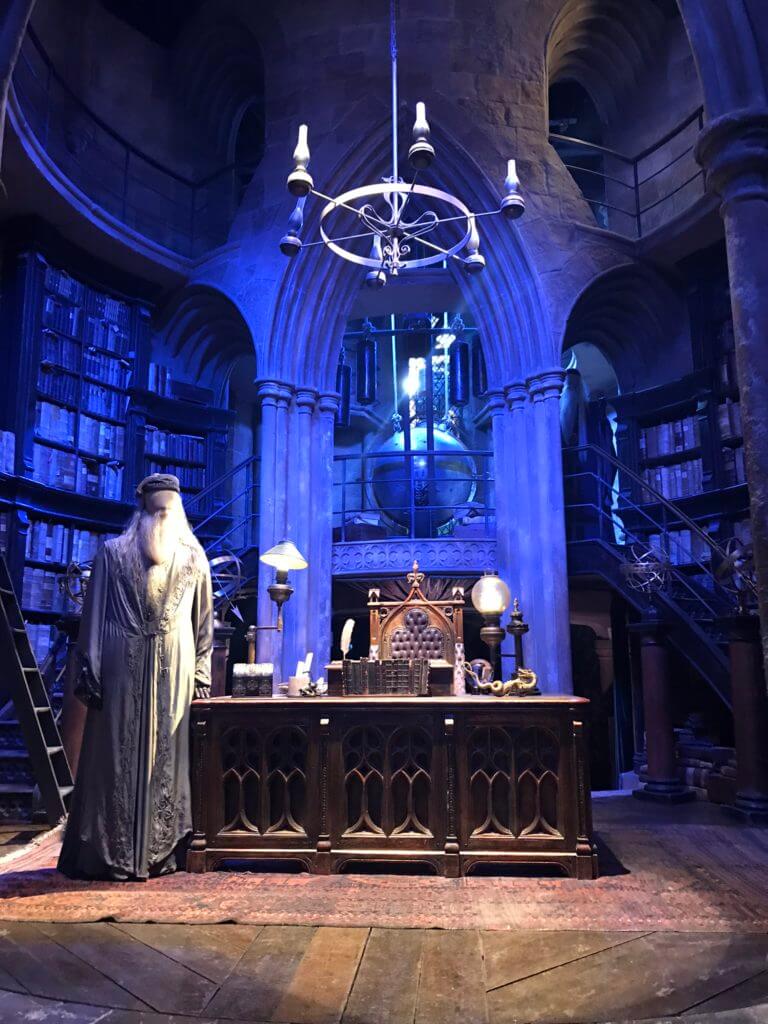 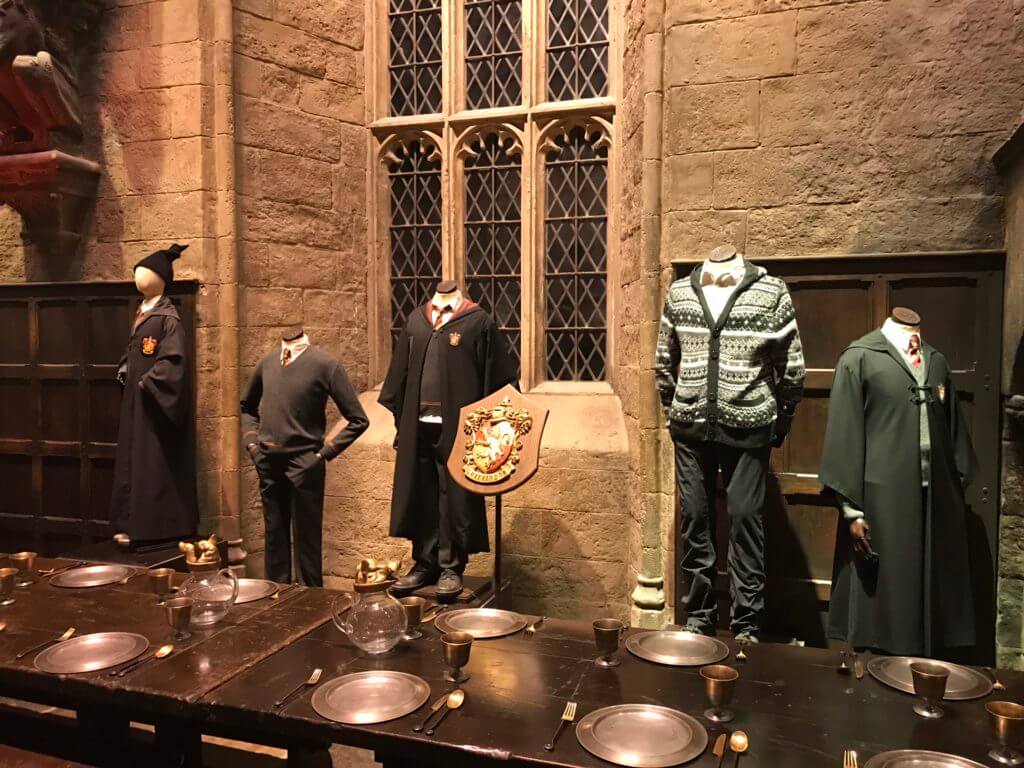